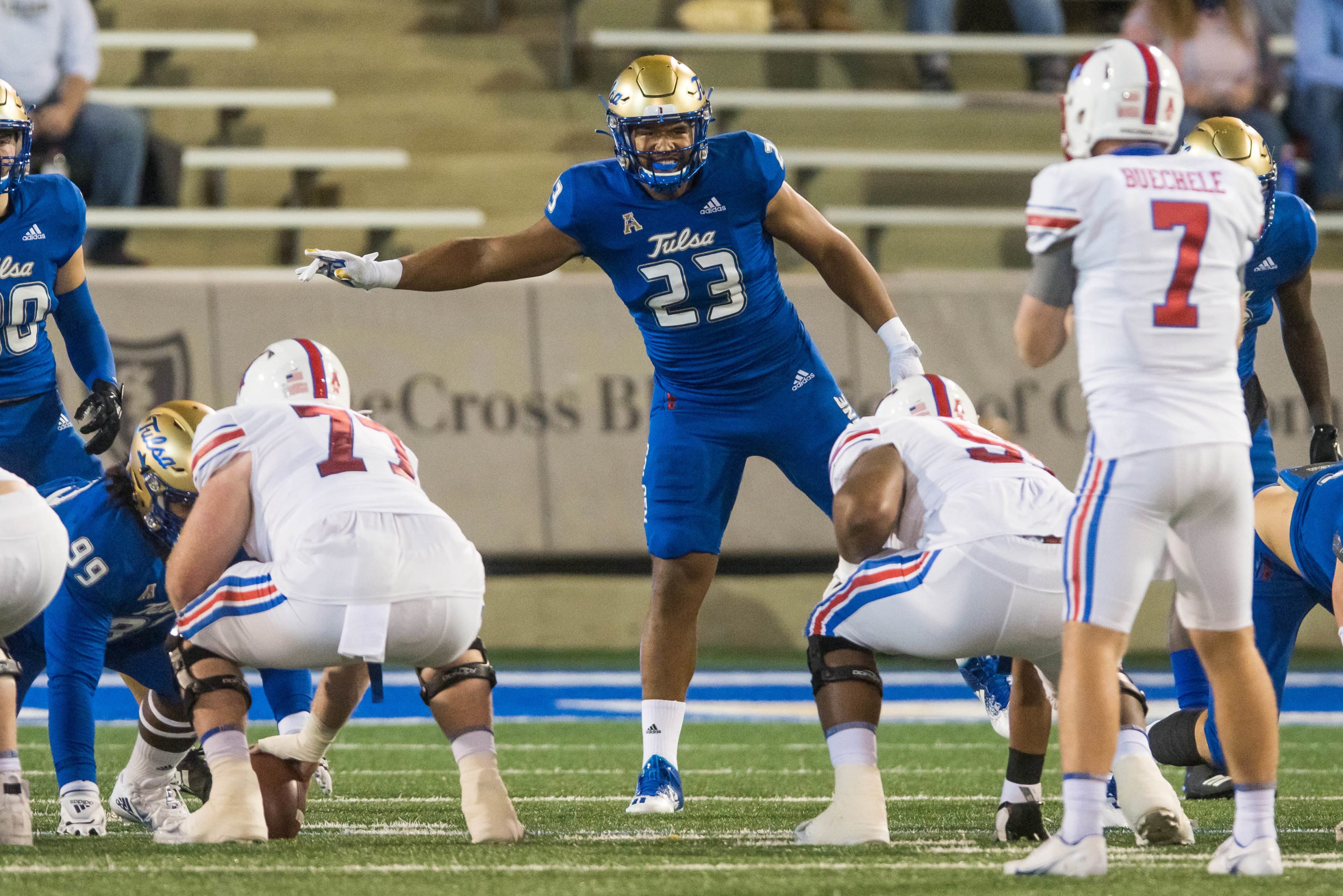 If you were to build a linebacker in a factory you would come out with Zaven Collins because guys with his size and athleticism are extremely rare, even in the pros. Zaven Collins comes in at a staggering 6'4" and 265 lbs. with exceptional instincts and athletic ability. He's a hard guy to miss on film not just because he's massive for his position but because he's always around the football. His instincts and football IQ are elite for a prospect and it's a big reason for him winning the Bronko Nagurski award. He's probably the best tackler in college football not just because of his technique but because his strength and size makes him nearly impossible to break away from. He does a great job of wrapping up ball carriers quickly and bringing them down to the turf and rarely, if ever, finds himself getting taken for a ride. He's a very good blitzer from either the middle or off the edge with his speed but what really makes him effective is his ability to read rushing lanes and weave through traffic to make a play. He's a very patient yet explosive blitzer which makes him very difficult to block once he hits the hole. His size possesses unique challenges for blockers because they can't run and block him like a normal linebacker and oftentimes it can end in a stalemate and closing holes. Tulsa was the only Division I school to offer him a scholarship coming out of college and the level of improvement and production from his since entering college football has been remarkable. He's actually a very good edge rusher when given the opportunity to and I would be shocked. In coverage he really showed incredible instincts to read routes in zone coverage and follow the quarterback's eyes and due to his size and short area quickness, it's very difficult for quarterbacks to throw over or around him. He also has excellent hands for a linebacker which gives quarterbacks something else to fear when challenging him. He also has shown on numerous occasions his exceptional leadership skills and he truly commands respect from fellow defenders when he's in the huddle.

For a linebacker of his size, you rarely see him lay the wood on defenders and it would make him that much more of a force on defense. He doesn't attack the football enough when making tackles and I don't see him stripping footballs and if he can learn that skill combined with his upper body strength, I can see him making fumbles a regular occurrence for opponents. I don't see him get tested in man coverage and that does bring up questions about his overall coverage ability but I certainly think that he has the athleticism to succeed.

Zaven Collins, with a great workout, could fly up draft boards in the NFL draft because his unique size and athleticism brings back memories of Brian Urlacher when he came out of college. Collins is one of the most complete linebackers in this draft and he has the track record to show that he improves with each year. I doubt he has to wait very long to hear his name called and I would be shocked to see him not on a pro bowl roster in his career.